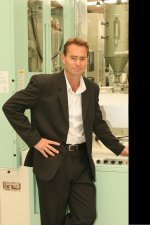 In 1987, after completing his studies as a Mechanical Engineer, Steve accepted a six month contract with a New Zealand based company to travel to England to design and commission the mechanical services of a P.E.T bottle manufacturing plant.

Five years later, after setting up a second factory, heading up all technical developments and eventually managing both plants, he left England for Kuala Lumpur to repeat the exercise. During this time an excellent relationship was developed with machinery suppliers Aoki, including Mr Aoki himself and since time Steve has visited their factory in Nagano Japan regularly. This relationship has been one of the key factors to the success of Linkplas. After ten years away the time was right to return to New Zealand.

After studying the P.E.T bottle market in New Zealand Steve determined there was adequate production capacity for medium to large volume, single design, but a niche market existed for small to medium volumes custom design.

So, the first Aoki machine was ordered and in 1997 ‘LINKPLAS’ was born. One of the barriers to custom design in the NZ market was the tooling costs so Steve developed inter-changeable tooling to minimise this.

Over the years we have won some prestigious awards, however Steve is more proud of the fact that Linkplas has the reputation of being the most innovative and high quality plastics company in New Zealand. He is also proud of the fact that he has created secure jobs for our loyal employees, many of whom have worked with LinkPlas for over a decade. 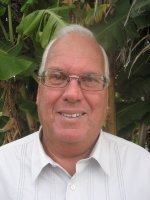 Originally apprenticed as a fitter and turner, Morris' career in plastics started in 1966 at Nuon Industries as a maintenance engineer. In 1967 he was awarded an overseas training award to study in Melbourne for two years, where he worked with Johns Hydraulics Ltd, a leading plastics machinery manufacturer at the time. While in Melbourne he studied at the Royal Melbourne Institute of Technology where he received a diploma in ‘Plastics Technology’ .

On his return to New Zealand he started Premier Plastics Ltd. Eventually selling it to Cospak Ltd in 2008 after 38 years.

Morris has been a recipient of the Baekland Award (the highest accolade offered by Plastics New Zealand and one of only four ever presented) for his efforts in technical training within the industry.

In 2002 he received a lifetime membership of Plastics New Zealand for services to the plastics industry.

Morris purchased a shareholding in Linkplas Ltd in 2003 to enable Premier Plastics to have an identity in the growing P.E.T market.

Linkplas is an innovative company which is able to move quickly and decisively to maximise opportunities as they arise. Steve Morrison leads a team of highly qualified and dedicated people who all possess that ‘can do’ attitude that sets Linkplas apart from its competitors. All staff have shown that they are prepared to ‘go the extra mile’ to ensure that the requirements of customers are not only met but exceeded and this is the secret of success for companies such as Linkplas.